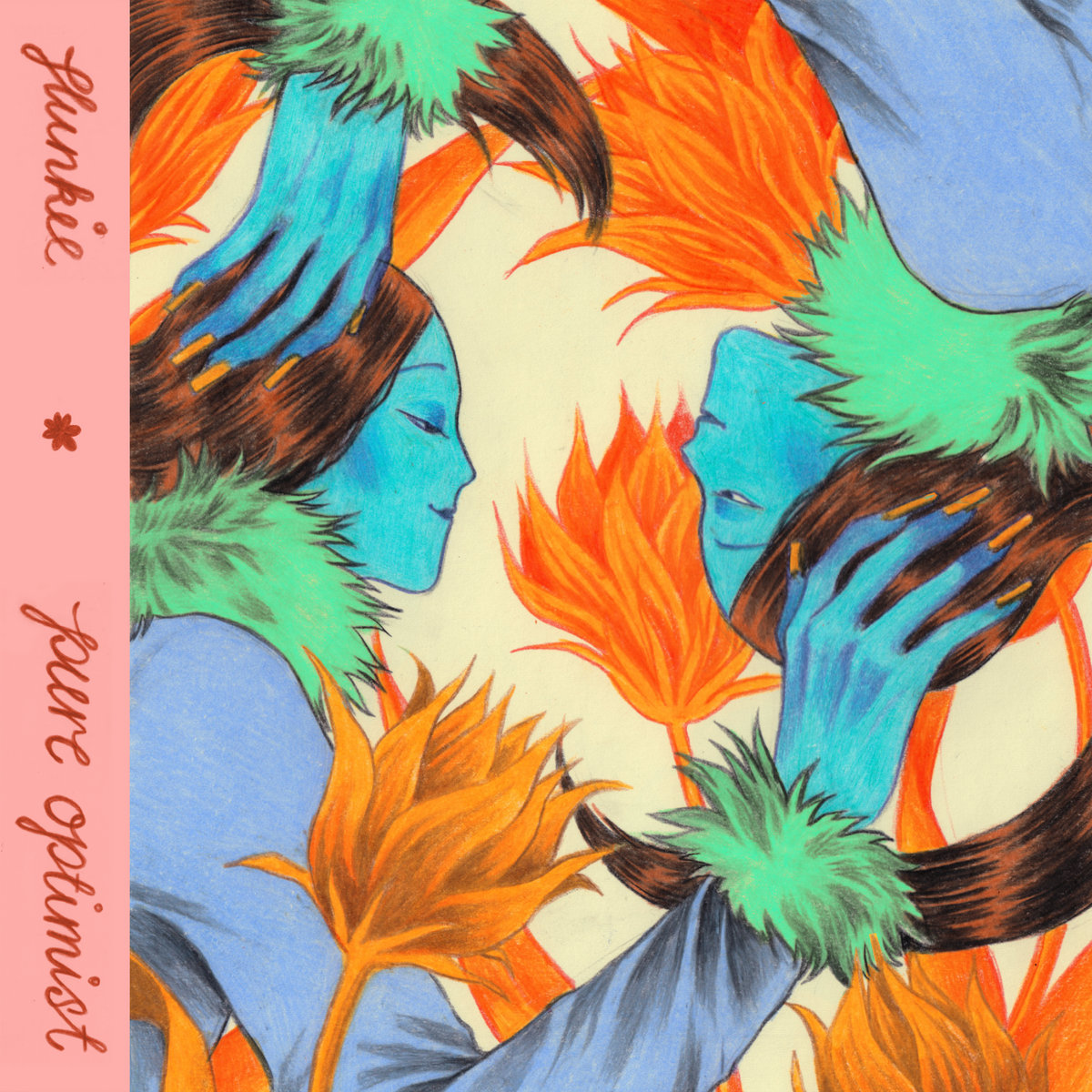 Woven from raw earnestness and the stippled wash of taped silence, the songs of flunkie feel close held and precious. Small thoughts and declarations let loose into some half-lit room, folk songs consisting of loneliness and sincerity, a kind of midnight candor. Having recently signed with Forged Artifacts, flunkie are gearing up to release their debut record, pure optimist, later this month.

The album’s first single ‘everybody feels’ showed off flunkie’s insular and intimate style of songwriting, drawing on the motif of rain to reinforce a sense of being inside, looking out. “The simple atmosphere found in that imagery spread[s] across the whole song,” wrote Tom Johnson at Gold Flake Paint in a premiere of the track, “smudging the world on the other side of the window, shrinking everything to what’s right in front of us.”

Today, we’re delighted to share ‘promise’, the second single from the album. Barely clocking ninety seconds, the song is succinct and simple, relying as much on what is unsaid as said, on the spaces between words and notes. If there’s a melancholy here then it’s one based in tenderness, a kind of slow sadness that seems embedded within the textures of things, in the stillness of air itself. “I know that you were watching,” she sings. “Take off into the early morning, I can never sleep on your bed / I’m spinning out into the ether, waiting for your God again.”

pure optimist is out on the 22nd May via Forged Artifacts and you can pre-order it now from the flunkie Bandcamp page.